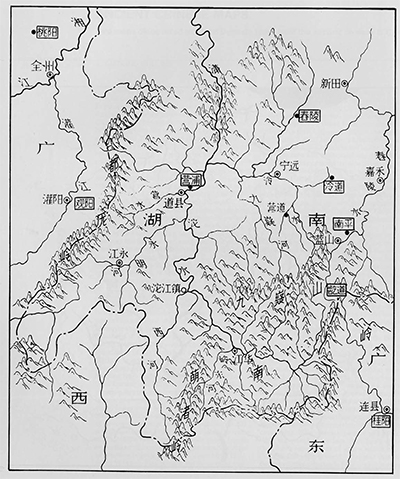 Trying to research on this subject since a lot of inventions first took place in China. A reference to a map can be found in the Volume 86 of the historical text Records of the Grand Historian (Shi Ji) (Wiki).  This volume recorded an incident in 227 BC during the late Warring States period in which a map is mentioned. Even earlier references and indications of use of maps  could be found in following records:

Wilford mentions two silk maps discovered in the tomb of a prime minister’s son from the second century b.c. These two maps are the earliest physical finds. Finds are described as highly accurate works painted on silk, both adhering to Chinese ancient cosmological views, south is above and north below.

The information on the map includes topographical features with names of counties, mountains, rivers, residential areas etc. The legends are standardized with the names of counties placed in squares, residential names in circles, names of tributary rivers written near their confluence with larger rivers, and so on (Expedition).  See first map here, and parts of map 2 here.