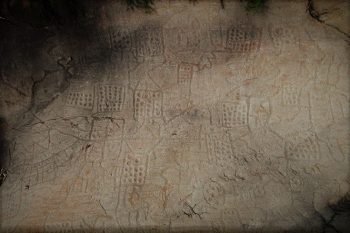 Outside the Silk Land, older map-like images have been found in Italy (Bedolina Petroglyph – c.1500 BC) and in the former Babylonian Kingdom territory (Babylonian World Map – c.750-c.500 BC). 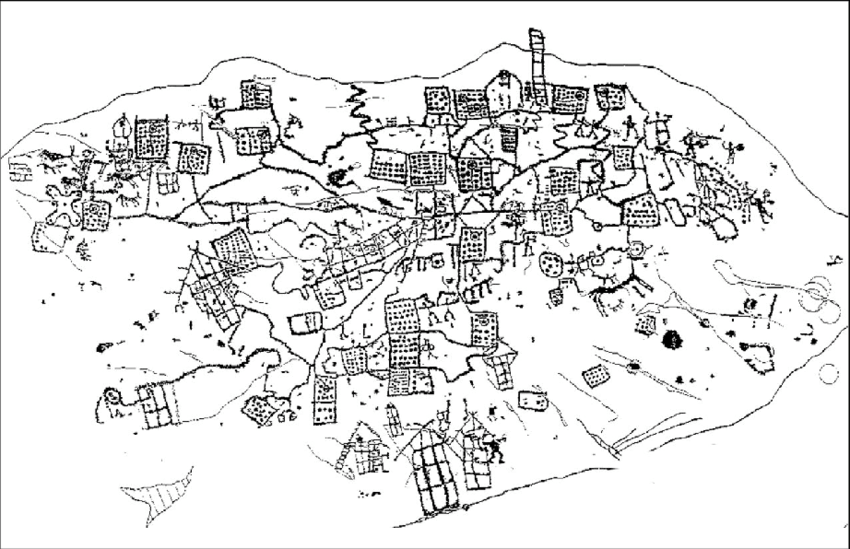 The imagery was produced by members of an early Iron Age agricultural community. Total of 109 shapes have been identified. This prehistoric rock is interpreted as the depiction of cultivated plots, mountain paths and villages. Some shapes are even interpreted as livestock. 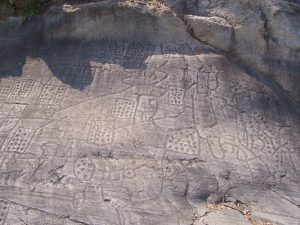 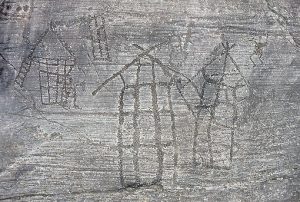 Houses on Bedolina rock, appear to be a later addition carved using metal tools and not part of the main composition. 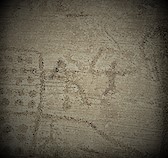 Human figures could be recognized in several locations carved into the Bedolina rock. It is assumed that those were added in later centuries.

Babylonian World Map is a clay tablet written in Akkadian and dated to 6th century BC. The tablet resides in the British Museum.

The world as it was understood is represented as a disk (inner circle) surrounded by the Marratu (salt sea or ocean). In the center of the circle a central compass hole is placed indicating that the Babylonian Empire was the center with everything else emanating from sacred center.

A wide polygon runs down thru the central circle and is identified as the river Euphrates. Upper horizontal polygon represents Babylon. It is surrounded by cities and mountain ranges. The tablet depicts number of ancient cities, regions, kingdoms and countries such as Assyria, Urartu, Susa and Chaldea. Total of seven small circles could be identified representing seven cities.

Outer regions, representing the limits of the Babylonian world, were depicted as triangles. They were described as dangerous off-limits places full of scary beasts. 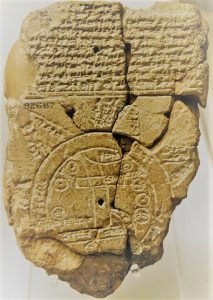